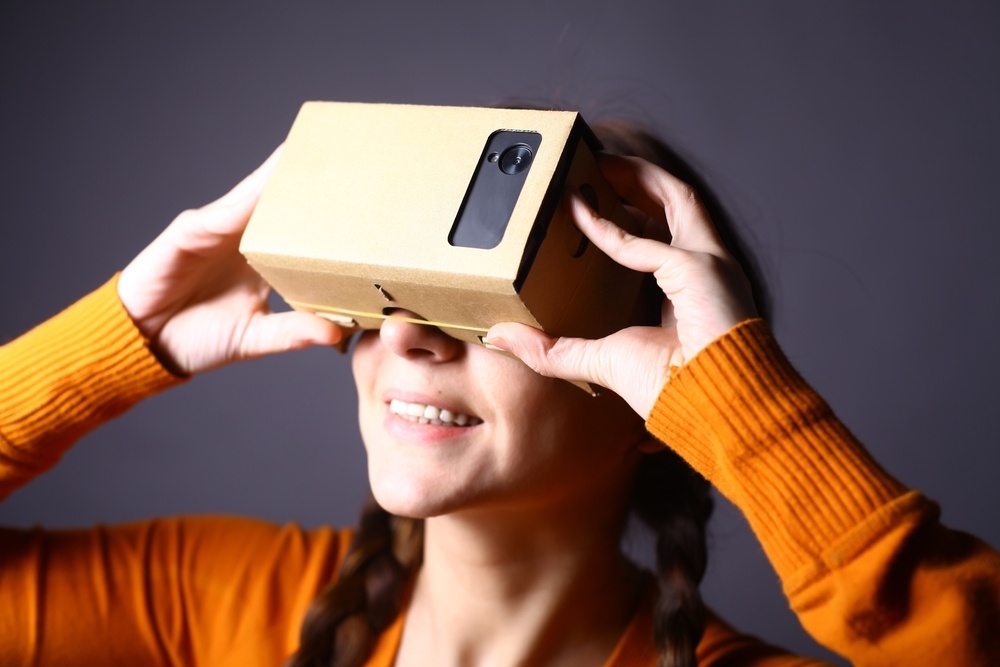 Could Google Cardboard be the future of qualitative market research?

We can all picture the scene. A room of carefully chosen respondents giving their opinions on products placed in front of them. Touching them, discussing them, giving them their full attention. Whether you’re conducting focus groups or in-depth, one-on-one interviews, it’s a staple of the industry as old as market research itself.

Traditional qualitative market research has many benefits, but as we know there are drawbacks too. Bringing respondents to one place can make it an expensive and time consuming exercise. That’s where Virtual Reality (VR) could offer a huge leap forward. Imagine your respondents never needing to leave the comfort of their own home, as VR becomes the standard of the future. But can it really become an effective tool that eventually replaces the need for face-to-face research?

We may be fast approaching the point where VR affords researchers the same tone of voice, facial cues and body language opportunities as being physically in front of the respondent. That’s because even though VR has been around for a good while now, recent technological advances, and the innovative approach of some of the world’s biggest tech companies, means it’s now more effective and accessible than ever.

Take Google Cardboard for example. This simple ‘viewer’ turns a smartphone into a VR headset using just one piece of cardboard folded to enclose the device. They’re easy to use, and a relatively cheap option for researchers. You could buy and send them to market research respondents, or respondents can easily download the template and make their own. If it’s cheap enough to send to respondents – why not? As it becomes more widely accepted and accessible it could be a commonplace part of everyday life. This would provide us with the perfect method of cost effective qualitative market research. Find out more about Google Cardboard here. 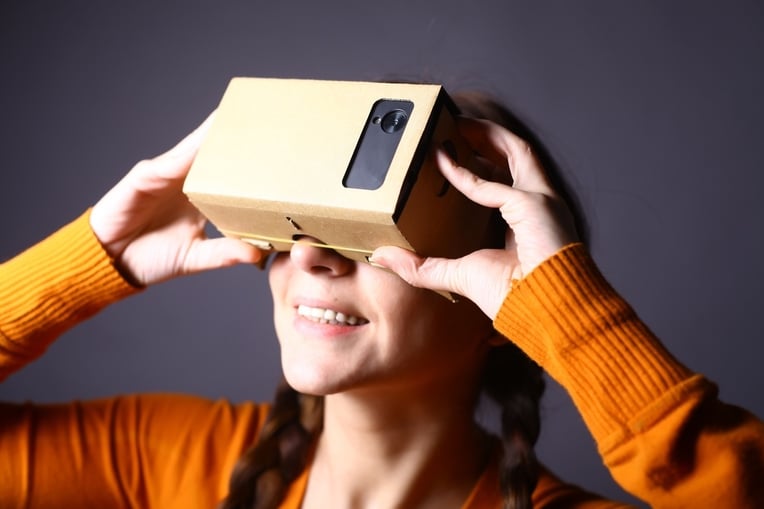 Other big companies are continuing to explore the possibilities of VR too. Facebook recently paid $2 billion for VR developers Oculus, while HTC Vive combines a VR headset and laser guidance to allow people to have a truly interactive experience. Sony are soon to launch their PlayStation VR to enhance their gaming, and Microsoft HoloLens is set to change the face of personal computing by offering the world’s first see-through holographic computer viewed using smart-glass headsets. These devices could offer a whole world of potential and opportunity for future market research.

Oculus Rift is a headset that makes you feel like you’re actually in the room, the shop, or anywhere else you might want your respondents to be. While Oculus Gear VR turns Samsung smartphones into VR headsets. Like Oculus, Microsoft HoloLens also has a huge range of possibilities when applied to market research. All these headsets have applications that will transform how we interact with the world, in entertainment, on the internet, playing games or simply carrying out everyday tasks. So it’s not a huge leap to imagine a time when it’s possible to get great market research insight and data the same way. You can see what Microsoft is up to here.

Computer-simulated environments could have advantages over focus groups, concept tests, and other laboratory approaches, as consumers can test and respond to an unlimited number of products, or set up and alter tests at the touch of a button. You can even create an environment with a realistic level of variety of similar products, and use eye-tracking and motion monitoring to measure every aspect of a respondent’s interaction with them.

All these possibilities may in time be adaptable to offer respondents fully immersive 3D virtual testing equipment that allow marketers to re-create the atmosphere of anything from an actual retail store to a focus group room – quickly and inexpensively. So it’s feasible that this more advanced, next generation VR could be used for concept testing, prototyping and design testing, or even allow collaboration on live designs.

Not necessarily. We need to be wary of thinking virtual reality is without its disadvantages. There are issues that need to be addressed in order for it to produce clear, relevant research. For example, how do you get a respondent to behave naturally and give honest, unbiased answers when they’re using a device that could leave them disorientated, or even a little frightened? It might possibly produce physical effects too, such as a heightened heart rate or faster breathing that could adversely affect their answers. After all, it’s not a natural environment likely to produce ‘real life’ responses. Respondents also need to be trained to use the technology correctly. And can VR ever really replicate the subtleties of eye contact and other visual cues available when sitting face to face?

All in all, the onset of more advanced, next-generation VR is an exciting prospect, and one that could revolutionise the way to carry out our work. We’ll just have to keep a keen eye on how, and when, the technology matches our ambition – and avoid any pitfalls it may bring.